Derek QXQX of The Canary Underground

Derek QXQX is the founder of The Canary Underground, an art and animation collective based in Los Angeles, CA. 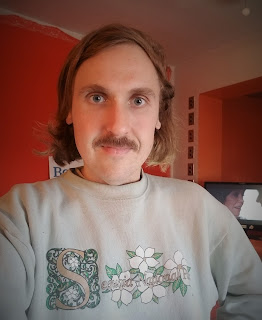 In comparison to other art forms, what is it about animation that inspires you so much?
What I love about animation specifically is that it literally can be anything. In my opinion, it is the most universal form. It can be photography, sound design, color, drawing, painting, literally anything. In a way, film almost is the same but just not quite. So the sheer openness of it all is what inspires me. That and combined with it is just what I watched so much of growing up. From 70s kids stuff through 90s kids stuff into more adult stuff like The Simpsons in middle school into more underground stuff as a teenager, it has just stuck and been with me my whole life. So I like trying to contribute back to the medium as an animator but also as a TV fan. I want to make a new type of TV.


What was the catalyst for starting your art and animation collective, The Canary Underground?
As I’m sure you know, art is emotionally draining. Most forces in this world, the big ones, don’t really understand it and thus, don’t care about it, and think you’re a dipshit for pursuing it. It’s hard to stand up to how those voices manifest within yourself. For me, I think I had no other option. So, to answer your question, the catalyst was finally giving in to the other voice that just asked “wouldn’t it be cool if…” and then I was forced to fill in that blank. It’s something I have to continually rediscover and has changed so much over the years.


You focus on works that are emotionally honest forms of pop surrealism - Can you elaborate?
My aim is to somehow blend the worlds of academic art, shitty low-brow art, TV and emotional honesty. Those to me, are all forces that kind of oppose each other but maybe that internal conflict is what’s true for me right now. I want the work to operate on several levels. Maybe that’s an insecurity in me trying to appeal to everyone. I have found that without the emotional honesty part, the other stuff feels like novelty, or is seen as that. So, I have to “bring it” and be vulnerable, which hopefully allows others to as well. I think aesthetically, pop surrealism is just fun and I like it, haha.


Do you have any future plans or events slated for The Canary Underground that we should be aware of?
Yes, thank you for asking. We have a new movie premiering April 15th at the Airliner in LA. We produce this screening event, Vision World, with Redacted Emotions, another narrative film company. Artists and filmmakers make shorts for our show so it’s a night of all premieres. This summer we are doing a large-scale festival/installation here in LA so please follow us on instagram @thecanaryunderground for continuing details about that.
https://vimeo.com/680219983